The Lagoon was also the site of the sunken ship of Fifi LeFrance and her husband Ricardo Laughingwell, who formed the South Sea Film Productions. After they were married, they sailed on their yacht to the island on their honeymoon to make a motion picture together. Their yacht somehow sunk, leaving their film, camera, and costumes for the castaways to find years later. It is unknown if they were rescued or died on the island.
The Lagoon was also a catch-all for all sorts of objects being washed up near the island including a government attaché case, a crate of coconuts, a box of radioactive seeds, a live lion, tubs of ice cream, an experimental jet pack and a crate of magician's tricks possibly linked to Laughingwell's yacht. A pirate's chest, the Eye of the Idol and tiki-statue of Kona were found buried on separate occasions within the same proximity of the lagoon. The Castaways subsequently built a Lookout Tower to the side of the lagoon to watch for ships on the shore.

The lagoon was also a source of food for the castaways on the island, for they caught fish, as well as lobsters in the lagoon. It is also the scene where several objects wash in from the sea such as a military attaché case, a crate of radioactive vegetables, a box of plastic explosives and other objects. Visitors also tend to land here, such as Dr. Boris Balinkoff, Jackson Farrell, Duke Williams, Erika Tiffany Smith and a Japanese Sailor among others. The Professor once placed a stick in the lagoon with markers to keep track of the water level on the isle. Gilligan once put his lobster traps on that stick, and was placing it in deeper water to catch larger lobsters, which led the Professor and the others to believe the island was sinking. The Castaways have also dug up items here like a tiki statue, pirate chest and a rare gem that seemed to grant three wishes. The digging of a lobster trap, however, seemed to cause a section of the bank to float out into the lagoon. 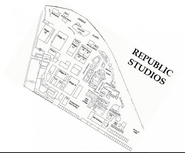