The Harlem Globetrotters on Gilligan's Island

Two years since the Castaways opened their vacation resort, The Harlem Globetrotters are flying back to Los Angeles from overseas when a storm takes down their chartered plane. They survive the crash for a life raft and encounter a shark which they fend off with basketballs before sighting land and rowing ashore, not knowing it's the Island of the Castaways resort.
Meanwhile, millionaire J.J. Pierson produces a strange new element he calls Supremium to Olga Smetna, one of the scientists of his company. Found only on the island of the resort, the element is capable of producing incredible energy, and Pierson schemes to gain control of the island through the Castaways, who are silent partners in the resort.
By now, the Globetrotters thinking they're on an uncharted island have been found by Gilligan and welcomed into the resort. George, a robot prototype from Pierson's company, is sent ashore to sabotage and wreck the resort, loosening in a pin to the wall of Ginger's dance studio and tampering with the Professor's experiments with his plants. Pierson soon shows up on the island and engages Thurston Howell IV in a battle of wits. Gilligan soon meets George bringing Pierson's luggage ashore.
To get control of the island, Pierson lures Ginger into signing a phony movie contract and strong-arming Gilligan into signing away his shares before having George take him hostage. He also gets Mary Ann tipsy on champagne to get her to sign away her shares. Meanwhile, Olga tricks the Skipper into signing away his shares with promises of a job, but when he realizes what he's done, George takes him captive as well. She then offers the Professor recognition for his work, but by now, the Skipper and Gilligan have escaped and are too late to stop him.
The Castaways rush to tell Thurston to warn him, but Pierson won't sell their shares back. He wagers the fraudulent contracts against Mr. Howell's shares in a game between the Globetrotters and his robot basketball team, the New Invincibles. Sports broadcasters Chick Hearn and Stu Nahan appear as commentators, but by half-time, the New Invincibles are ahead 95 to 3. Having analyzed the New Invincibles schematics, the Professor finds them impossible to beat, but since they're not programmed to think, they won't be able to counter the Globetrotters crazy tricks. The second half has The Globetrotters running around the robots making basket after basket. Unfortunately, the referee pulls two of them out for unnecessary roughness. Gilligan and the Skipper are called in to replace them, and despite Gilligan freezing up at the basket, they win 101 to 100. Unfortunately, during the game, Pierson had all the Supremium mined out and taken to his ship. The Professor then informs Olga that Supremium is unstable out of its natural habitat just as Pierson's yacht explodes in a huge explosion, destroying all samples.
By now, Mr. Howell returns from his business trip on the mainland and checks on his son, congratulating him for his quick thinking and thanking the Globetrotters for saving the resort. 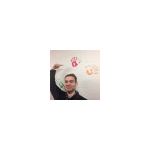 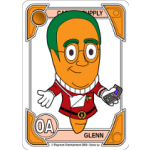 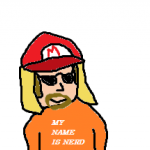