Eunice, a.k.a. "Lovey" Wentworth Howell is one of the main characters on Gilligan's Island. She was played by actress Natalie Schafer.

Mrs. Howell is always proper and poised, a common rich lady. She, though, is less concerned about money than her husband, Mr. Howell. in the episode The Kidnapper, she comments, "It's only money". Mrs. Howell is sometimes sensitive but usually gets what she wants from her husband.

Mrs. Howell also has a knack for hosting parties and planning other things. As evidence of this, she once tried to get Gilligan and Mary Ann together, then the Professor and Ginger. Aside from her reputation of a match-maker, she is known for being sweet and gracious―although she is jealous of Erika Tiffany Smith, who was listed before the Howells in the Social Register. She is also a member of the Daughters of the American Revolution.

Like the Professor, she is very diligent that people around her use proper English, correcting Gilligan with "whom" over "who." She also speaks a bit of French. Not enough to have a command of the language but enough to use frequent French phrases. However, in one incident, she actually comes clear with her limited knowledge of the language by confessing she doesn't speak French.

The Howells have more outfits than the other castaways in total. Mrs. Howell has different things like mink coats and diamond brooches, usually with an accompanying large, brimmed hat with flowers on it. It is not known why they brought so much on the boat, though.

In addition to clothing, Mrs. Howell brought along furs (fox, beaver, chinchilla, mink and sable - easily recognized by Gilligan), jewelry (her engagement ring, emeralds, pearls, rubies, earring, a diamond brooch and bracelets), perfume (Gold Dust #5, Warm Afternoon, Happy Hours and Foggy Nights), a hairdryer, a typewriter, a cuckoo clock, an anniversary clock (possibly the one Mr. Howell sold to the Skipper), her social calendar and her parasol among other things. One of her hats is mistaken as a Papuan head-dress by the Professor in The Chain of Command until the Skipper finds the "Made in Paris" tag in it. 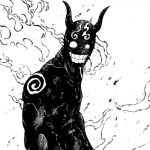 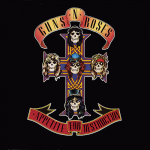